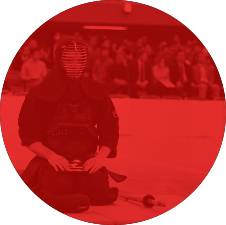 Efforts by the All Japan Kendo Federation

Anti-Doping measures in sports throughout the world have been mounting since the World Anti-Doping Agency (WADA) was established in 1999 and the “International Convention against Doping in Sport” was adopted at the UNESCO General Conference in October 2005. To keep pace with anti-doping procedures, the International Kendo Federation (FIK) implemented the “FIK Anti-Doping Rules” in December 2006.

As a forerunner to the “World Anti-Doping Code”, the All Japan Kendo Federation took steps to implement a system of anti-doping in 1995 which included a provision on prohibited conduct in Article 15 of “The Regulations of Kendo Shiai and Shinpan”. This forbade the use of performance enhancing drugs. In June 2005, the AJKF became affiliated with the Japan Anti-Doping Agency (JADA). After the “FIK Anti-Doping Rules” were introduced, the “All Japan Kendo Federation Anti-Doping Rules” were prepared and came into effect on April 1, 2007.

The following text was added to Article 15 of the “Kendo Shiai and Shinpan Regulations” on prohibited conduct in 2014: Being in possession of prohibited substances, and carrying out prohibited practices.

Why is “Anti-Doping” Necessary?

The All Japan Kendo Federation’s “Concept of Kendo” states that “The concept of kendo is to discipline the human character through the application of the principles of the katana (sword).”
This concept is based on the following rule that appears in the “Regulations for Kendo Shiai and Shinpan”: “Matches are contested fairly by competitors and adjudicated impartially by referees in accordance with the ‘principles of the sword’.” To increase the level of one’s technique through doping is therefore a deviation from the ideals of kendo, and consequently will not be tolerated.

JADA has provided the following four reasons for the prohibition of doping. These are supported by the All Japan Kendo Federation.

（１）Doping is damaging to health

In general, “doping” means the utilization of [performance enhancing] drugs. The amount and frequency of consumption to augment athletic performance compared to treating illness or injury is dangerous to the user. When medicines are used in a greater amount and frequency than what they were originally designed for, there is an inherent danger of harm to the user which is why doping is prohibited.

The stance taken in the world of sports is clearly opposed to doping. This is demonstrated by regulations stipulating that competing is permitted on the condition that prohibited substances are not used. If you are the only competitor not to abide by the rules of anti-doping, this gives you an advantage and is unfair.

Top-level competitors in particular are expected to be role-models for children. If competitors consume substances to become top-level then children are likely to imitate that behavior. If a competitor cannot perform without taking drugs, then the culture of sports and competitions will fall foul of social expectations.

（４）Doping diminishes the inherent value of competition and sports

Morality, fair play, sincerity, good health, outstanding athletic ability, character development, fun and enjoyment, teamwork, dedication and sincerity, respect for rules and regulations, esteem for oneself and others, courage and solidarity are all qualities that can be found in sports. These virtues are fostered in and through participation in sports. However, “outstanding athletic ability” is only one of many values. Even if a competitor sets world records and has an impressive ranking, results gained through the consumption of performance enhancing substances should not be recognized.

“TUE” means “Therapeutic Use Exemption”. Usually prohibited drugs and treatments may be administered and recognized as a TUE if appropriate procedures are completed beforehand. However, if a TUE is not granted the prohibited drugs and treatments in question cannot be taken, even if for legitimate medical reasons. In such cases you may be in breach of anti-doping rules. Please make sure to check the link below for information regarding TUEs.

This poster was created by the All Japan Kendo Federation in March 2016.