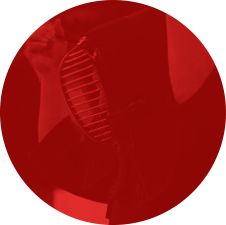 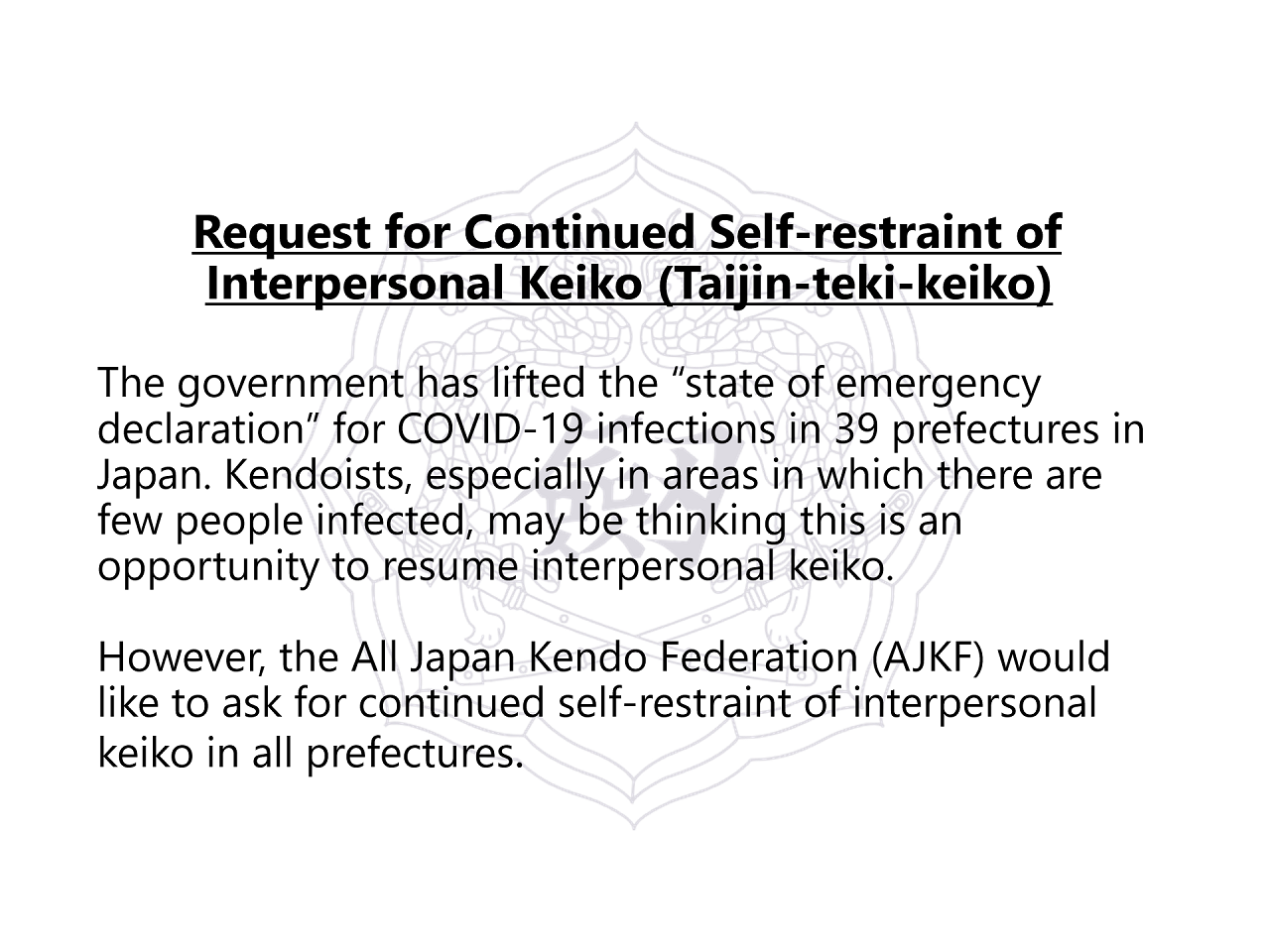 The government has lifted the “state of emergency declaration” for COVID-19 infections in 39 prefectures in Japan. Kendoists, especially in areas in which there are few people infected, may be thinking this is an opportunity to resume interpersonal keiko.

However, the All Japan Kendo Federation (AJKF) would like to ask for continued self-restraint of interpersonal keiko in all prefectures.

The government has lifted the emergency declaration in many areas as described above. However, it has called for a thorough and continued “new norm”, even in the areas that have had the state of emergency lifted. Furthermore, within this new norm there has been a request to avoid the “three densities”: closed spaces, crowded places, and close-contact settings.

Unfortunately, kendo is a martial art that has a high probability of meeting the three densities. It is a fact that there is an enormous amount of water droplets that spray from practitioners’ mouths during kendo keiko which can then become a source of COVID-19 infections. In fact, there have been cases where many people have become infected with COVID-19 through kendo practice. The AJKF would like to do its best to ensure that kendo does not create infection clusters. For this reason, we continue to ask for “self-restraint of interpersonal keiko” as described above.

The AJKF hopes to resume examinations and tournaments in Japan from August. Prior to that, however, the possibilities for the lifting of self-restraint for interpersonal keiko are being carefully considered.

However, it is necessary to greatly reduce the risk of infection through interpersonal keiko when the recommendation of self-restraint is lifted. The AJKF, in collaboration with the All Japan Budogu Cooperative, is developing new equipment backed by scientific data that has a high probability of protecting against infections, or improving existing equipment. If certain criteria are met for this equipment, we plan to lift the self-restraint recommendation for interpersonal keiko in Japan. The AJKF will make every effort to inform you as soon as possible of any developments, so in the meantime, we kindly ask that you continue to refrain from interpersonal keiko.

＊Please note that this guidance relates specifically to Japan. Overseas practitioners should follow the rules in their country.